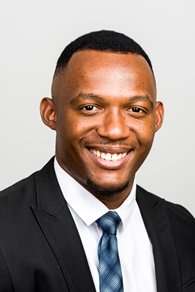 Templeton Hugh Masinga obtained his B-tech Diploma in Internetwork Systems from Prestige Academy in 2012, followed by his LLB from the University of Western Cape in 2016. In 2017, he completed a Cyber Law Certification from the Mandela Institute which has integrated both qualifications from I.T and Law. He joined the firm in 2019 and his passion for property law emanates from the need to protect the public’s Constitutional right to not be arbitrarily deprived of property.

He has been placed in our Commercial Department and is a charismatic and motivated team player who enjoys taking pride in providing his clients with the optimal access to justice.