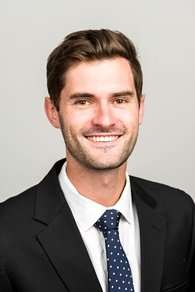 Rowan obtained his BA(Law) degree from the University of Pretoria in 2015, followed by his LLB from the University of Pretoria in 2016. In 2014, he was appointed as the Stop Rhino Poaching House Committee member of his residence due to his dedication to anti-rhino poaching and community outreach. He joined the firm in 2017 and is currently completing his articles at the firm.

He has been placed in our Commercial Department and is an enthusiastic and motivated team player who enjoys acting on behalf of landlords in rental collections and eviction proceedings. He focuses on providing quality, superior service to all of his clients.