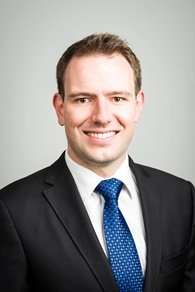 Nicholas completed his Bachelor of Commerce Degree, majoring in Law during 2011 and obtained his postgraduate LLB Degree during 2013, he obtained both degrees from the University of Witwatersrand.

He is an admitted attorney and was placed in the Commercial Property Department since the commencement of his articles. He has gained exposure in a wide variety of property related matters including eviction and rental collections, pertaining to commercial, retail and industrial property. Nicholas finds great joy in complex litigation matters and regularly does appearances in the Magistrates’ and High Courts.

Nicholas joined the Firm’s management team in 2017 as the Financial Director, while heading the Commercial Department he is dedicated to attend to the Firm’s finances as well.