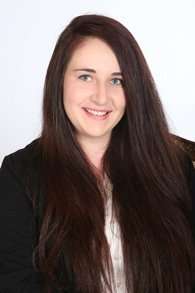 Marilie obtained her BCom Law Degree in 2014 and her LLB Degree in 2016, both from the North West University, Potchefstroom Campus. During her two years of articles she obtained experience in various fields of the legal profession. Marilie was admitted as a Legal Practitioner of the High Court, South Africa during October 2019.

Marilie joined SSLR Incorporated during November 2019. She has been placed in the Commercial Property Department and also assist in Residential Property matters.