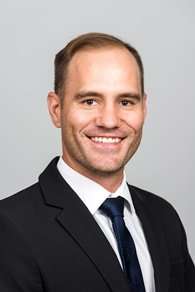 Jaco obtained his LLB degree from the University of Johannesburg in 2010. He was admitted as an attorney in 2013 and remained at the firm where he completed his articles. During this time he mainly dealt with matters relating to criminal law. He joined the Firm during July 2014, as the head of the Residential Department he devotes his time to residential evictions and arrear rental claims. He has Right of Appearance in the High Court and accordingly regularly attends to court appearances in both High and Magistrates’ Courts.

Jaco joined the team of Directors in 2017 and due to his vast knowledge of Tax Law and Corporate Governance he was pointed as the Firm’s Company Secretary. He is devoted to manage the Firm to ensure good governance.